Center for Research and Exploration in

The Center for Research and Exploration in Space Science and Technology II (CRESST II) is a collaboration between NASA Goddard Space Flight Center (GSFC) and the University of Maryland, College Park; University of Maryland, Baltimore County; Catholic University of America; Howard University; and Southeastern Universities Research Association. The overall goal of CRESST II is to support and enhance research and technology in the space sciences in support of NASA's strategic science mission objectives. CRESST II also seeks to encourage the engagement of a diverse population of students and Ph.D. scientists in NASA's space science programs.


CRESST II Scientist of the month

A CRESST II scientist will be featured here every month

CRESST II Scientist of the month, November 2022 - Dr. Svetlana Shkolyar is community engagement lead for the Center for Life Detection, working for UMCP. You can learn more about Dr. Shkolyar and her work here. 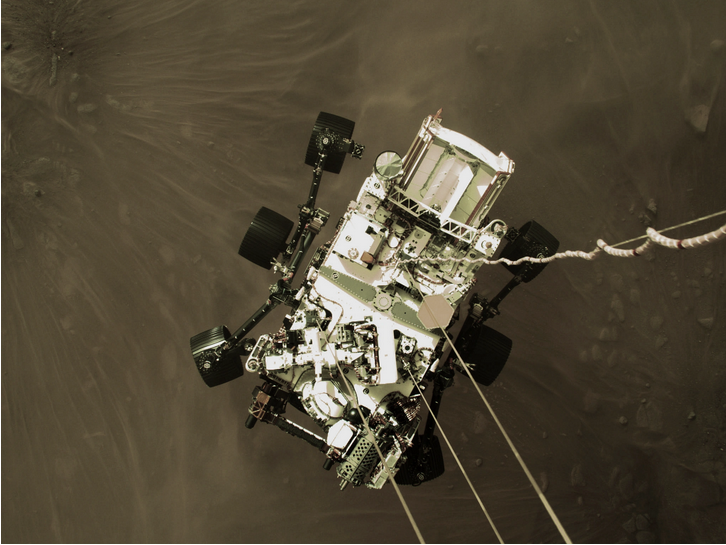 The Perseverance rover (Mars 2020) mission, the first step in NASA’s Mars Sample Return (MSR) program, will select samples for return based on their potential to improve understanding Mars’ astrobiological, geological, geochemical, and climatic evolution. Analyses to precisely date the environments of Mars will be among the key measurements planned for returned samples. Assessing a sample’s shock history will be critical because shock metamorphism could influence apparent sample age. Shock effects in one Mars-relevant mineral class, plagioclase feldspar, have been well-documented using various spectroscopy techniques. A subset of these data will be obtained with the SuperCam and SHERLOC (Scanning Habitable Environments with Raman & Luminescence for Organics & Chemicals) instruments onboard Perseverance to inform caching decisions for MSR. Here, we review shock indicators in plagioclase feldspar as revealed in spectroscopy lab data similar to that obtainable on Perseverance. We consider how this information may inform caching decisions for selecting optimal samples for geochronology measurements. We then identify challenges and make recommendations for both in situ rover instrument measurements and for supporting lab studies to enhance the success of geochronologic analyses after return to Earth.

For more information, check the GSFC Science Nugget and a blog feature by Dr. Shkolyar and her co-authors here .

To celebrate Black Hole Friday (11/26), CRESST II science writer Jeanette Kazmierczak (UMCP) and video producer Scott Wiessinger (KBRwyle) put together a video feature about virtual stars being shredded by a monster black hole. It has over 411,000 views on YouTube, Twitter, and Facebook. The story was picked up by Popular Science, Universe Today, and others. The video was based on simulations published by Taeho Ryu, now at the Max Plank Institute for Astrophysics, and NASA Goddard’s Scott Noble. The details can be found at - Watch the video here.

The traditional classification between long and short gamma-ray bursts indicate that the short GRB population is linked to compact binary mergers, however this particular burst GRB200826A was found in association with a late optical excess, only explained by a supernova. This makes this burst the shortest GRB powered by a collapsar ever found, and its short duration suggest it almost failed to produce ultra-relativistic jets. GRB200826A serves as a proof that most collapsars fail to produce a GRB.

University of Maryland Graduate Student and CRESST II scientist, Mr. Tomas Ahumada discovered the first optical afterglow of a Fermi short gamma-ray burst using the Zwicky Transient Facility. The Zwicky Transient Facility is an optical telescope system which monitors the night sky for transient astronomical event; University of Maryland became a partner with Caltech in this facility in the hopes of making this exact type of discovery. The discovery paper was published in Nature Astronomy on July 26th 2021. See 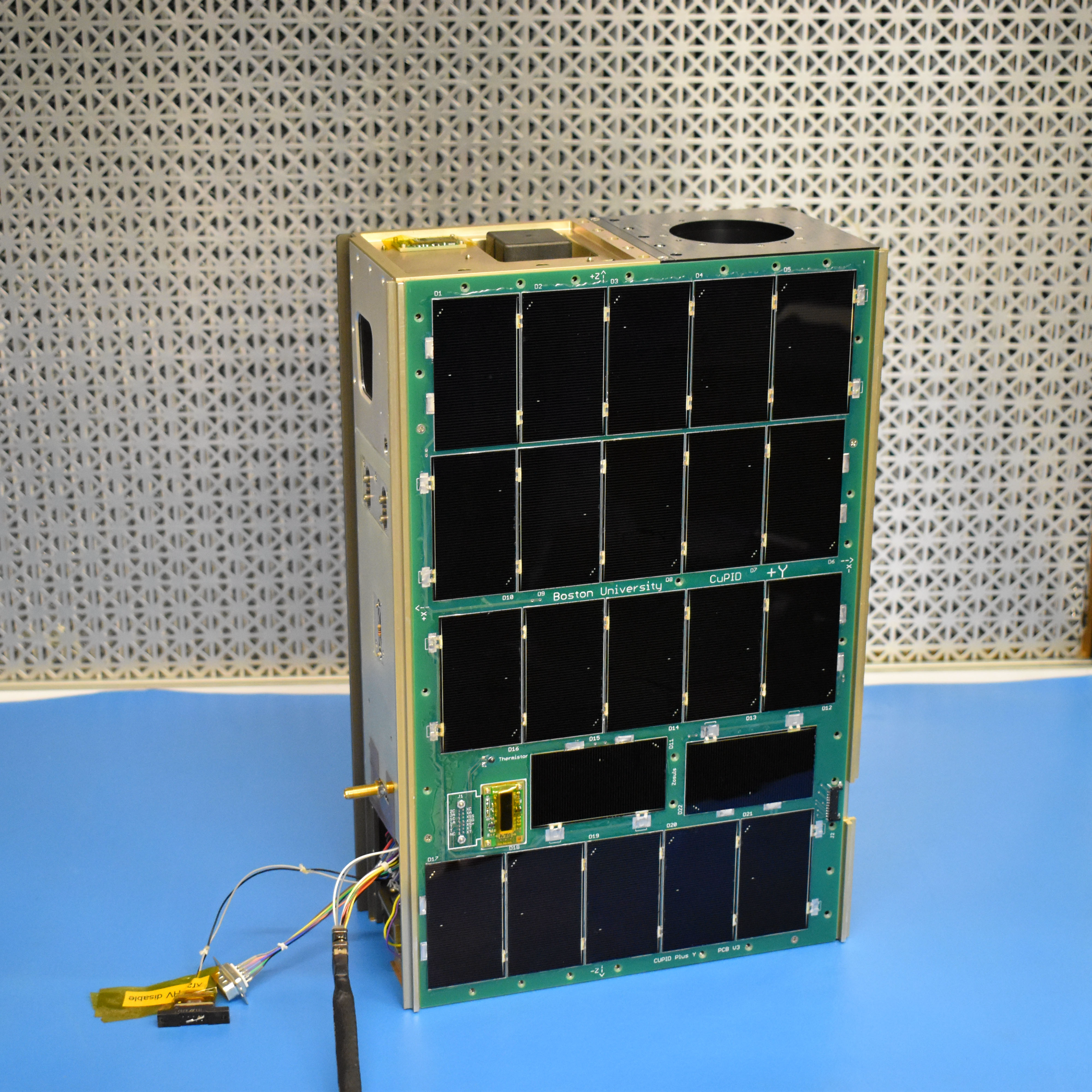 For the past 2 years Mr. Rousseau Nutter has been working on the CuPID Cubesat. He began his work from the Boston University side of the team and finished his work on the NASA CRESST II side of the team. Mr. Nutter was focused on calibrating the optics and detector to make sure that we would be able to accurately interpret the data CuPID would be sending down into information about the magnetosphere. He also participated in the environmental testing and Day in the Life (DITL) testing to make sure that the cubesat was ready for flight. All of this culminated in Mr. Nutter accompanying CuPID to LA to integrate into the launch vehicles ESPA ring and watch the launch live from Vandenburg Space Force Base. 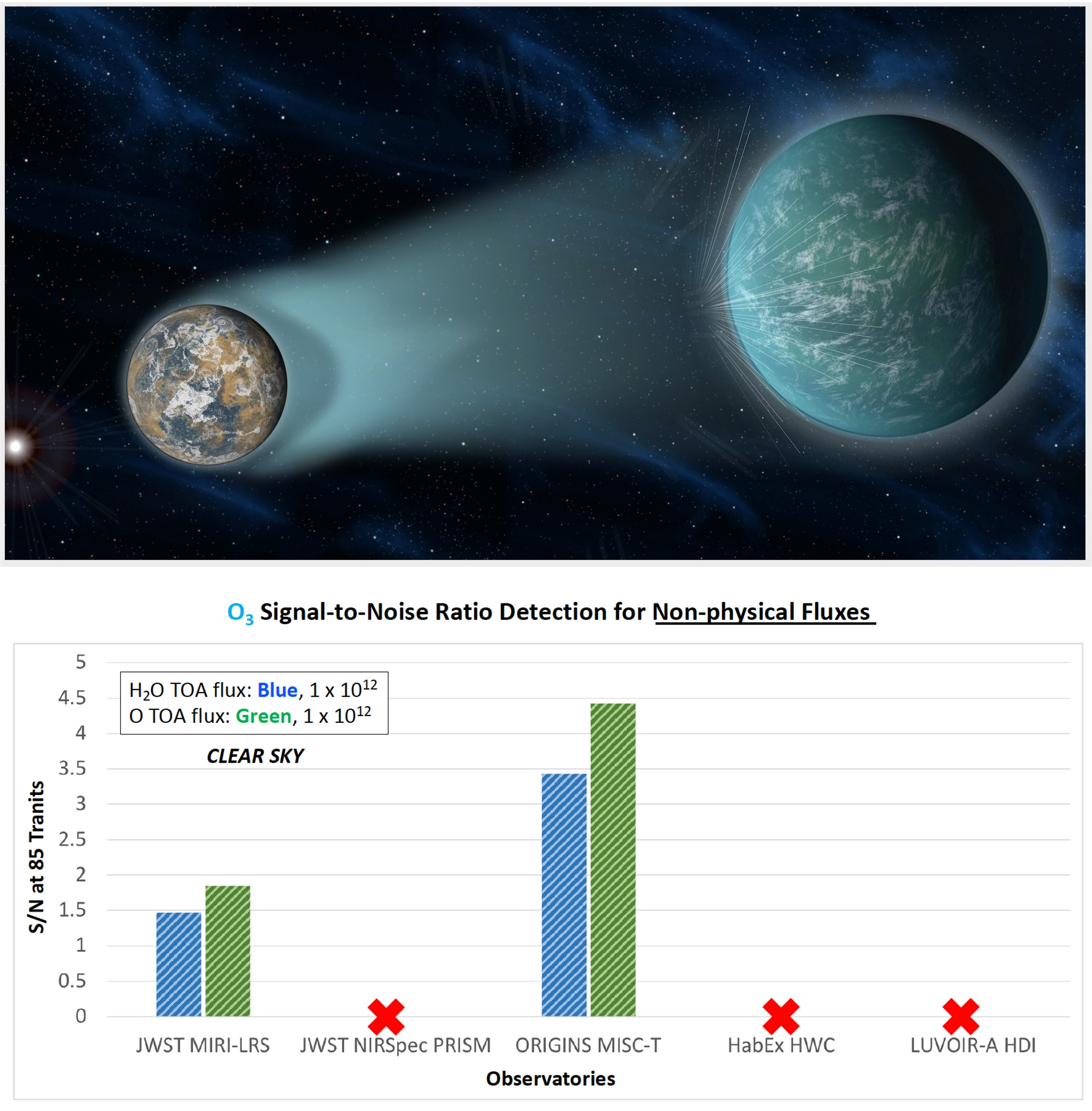 Saturn's moon Titan receives volatiles into the top of its atmosphere - including atomic oxygen - sourced from cryovolcanoes on Enceladus. Similar types of material exchange amongst exoplanets could cause the abiotic formation of biogenic gases such as molecular oxygen and ozone that might otherwise be considered potential biosignatures. And the simultaneous presence of detectable amounts of methane and oxygen or ozone in an atmosphere is considered historically strong evidence for the presence of life. This work simulated the potential false positive for life on TRAPPIST-1 e, using a 1-D photochemical model by treating it as an abiotic, Archean Earth-like planet that receives water and oxygen from space. In these simulations, atmospheric compositions as a function of different rates of infalling material were generated. Synthetic spectral observations were also produced using the Planetary Spectrum Generator to simulate observations using the James Webb Space Telescope, Origins Space Telescope, Habitable Exoplanet Observatory and Large UV/Optical/IR Surveyor to test the detectability of abiotic-generated molecular oxygen and ozone. It was determined that the incoming flux of material needed to trigger a false-positive reading by any of these observatories, in the presence of methane, is at least two orders of magnitude (1e12 molecules/cm^2/s) above what is physically plausible given atmospheric escape considerations.

Please explore our website to learn more about CRESST II, our partner institutions, and the opportunities available through CRESST II.